After being in Cambodia, we were not sure whether Vietnam or any other place could match up to it. Touching down in Danang, the weather was cold and wet and there was no friendly and warm Den at the airport to greet us. Since the ride I had arranged never showed up (there was a man there with a “Ms. Stephanie” sign but when we all realized that his client was the other Western woman in the Danang airport who also happened to be named Stephanie, he quickly dumped our bags in the parking lot and left us standing there confused and bewildered), we had to bum a ride from Ben, a friendly Vietnamese student we met on the plane. With a little bit of stopping and questioning on the side of the road, Ben and his father finally found our hotel, Hotel Jimmy. Our hotel was a not so attractive building near the infamous China beach, but it being night, we could have been in any deserted beach town. Once checked into our hotel and changed into our winter clothes (which we had not wore since leaving China), we wandered down the street seeking an ATM and hopefully some Pho, Vietnamese hot broth that had always been comfort food to us in Seattle. In the end for dinner, we shivered in an open air, contiki style restaurant that would probably be the perfect setting in this beach town during the summer but was anything but on that cold, damp January night in Danang. We quickly jogged back to Jimmy in the deserted streets dodging the local rats and jumped into our bed to warm up for the night. Thus began our trip to Vietnam.

Not to worry dear readers. This blog is not a rant about Vietnam. In fact, the trip got way better the next day. These are the ingredients that made the trip so unforgettable: motorbikes; Kiwi companions; a feisty woman named Tam; encounters with some locals; and the inevitable improvement of the weather. Just add some water (literally) and you have an unforgettable vacation in Vietnam.

Riding around with our Kiwis

Riding around aimlessly on a motorbike we rented from Jimmy the next day, we spotted a couple on the side of the road holding a surf board. Now let me explain. Surfing was one of the main reasons why we came to Danang and China Beach. But seeing the dismal weather and lack of surfboard rental places (and surfers), we thought it was a lost cause. So when we met Zandre and Linselee on the side of the road, they gladly showed us the way to Tam’s Surf Shop about half a kilometer away from the beach. And that is where everything came together and how our trip was set into motion for the next few days. While sitting at Tam’s waiting for lunch and deliberating whether to rent the sought after long board, Matt and Naomi came in for lunch. Thus we met our travel companions/ now friends-for-life from New Zealand.

Although considerably younger than us (they had just graduated from college/uni and were taking a month long holiday before Matt started his new job), we had a quick connection with Matt and Naomi. Like us, they had come to Danang to test the waters of China Beach and had an open schedule for the next week. Over the next week, the four of us travelled by motorbike up and down part of the coast of Central Vietnam while flexibly picking an agenda for our travels by our mood and the daily weather. From Danang, we travelled to nearby Marble Mountain as well as an epic day trip to Hue (actually we didn’t quite make it to Hue, as the downpour and crazy traffic from the Tet holiday led us to turn back before dark). From Hoi An, a beautiful ancient port city influenced by Chinese, Japanese and French traders and inhabitants, we celebrated Tet (Vietnamese New Year) and travelled to My Son; Cham Island; and back to China Beach in Danang for surfing once the weather had improved. In the evenings as well as for many of our mornings, we dined at Tam’s, the same shop where we rented surfboards.

Dining at Tam’s became a ritual for us as she really cooked the yummiest comfort food I’ve had in Asia. Opening at 7 every morning, Tam would make her bread rolls from scratch every day. She and her daughters would prepare meals for customers in the little kitchen in the back of the surf shop where they presumably also lived. Mornings we usually all ordered bacon, scrambled eggs and potato wedges and evenings her cheeseburgers or spaghetti bolognaise really hit the spot. Her American style food, although simple, is so far my favorite in Asia as it reminds me more like something Mom would make just for me with a little TLC. Since food was made from scratch and prepared only when customers ordered it, it was usually a 45 minute to hour wait. But the wait was worth it and once we were happily eating and Tam had finished cooking, she would pull a chair up next to us and begin to tell stories about her past.

Danang, being just south of the former border between North and South Vietnam during the Vietnam War and being the major offense point for strikes into North Vietnam, was right in the middle of the action during the war. Although I’m not sure whether Tam heralded from Danang or Hue or elsewhere, she came of age during the war and has positive and fond memories of US troops. The US troops took her in, offered her jobs (which helped her family) and protected her. When recalling stories of the war, Tam would get a twinkle in her eyes and seem to be transported back in time. The GIs, she affectionately referred to as “her boys”. Many of “her boys” may have only been briefly part of her life but forever left a mark in her memory. Some of her boys, now grown men, fathers and grandfathers, have returned to Vietnam in recent years to locate where they were stationed during the war; or a spot where they had a few fleeting, happy memories; or where they fought a hard battle and maybe lost a friend. Some of these grown men Tam knew when she was a girl, known as the “Crazy One”. One returned to Vietnam with his grown son and located a spot where Tam and he had been under ambush and where he had saved her life. Another vet, who had not known Tam during the war, had heard about Tam through other vets who had travelled back. Tirelessly he had been trying to find his son, left behind as a toddler at the end of the war. When he finally met Tam in recent years, he had already been on three separate trips to Vietnam and had paid a lot of money to various parties to help him find his son to no avail. Tam recalled the story of taking a motorbike up a steep, wet mountain to a remote village where she found the man’s son, a spitting image of his father. Father and son were reunited after 30+ years. Although separated by thousands of miles and years and language difficulties, father and son have been slowly getting to know each other better and perhaps can begin the process of healing from years of loss, abandonment, and separation. The father, who never married or had any children in the US, now has a family and a legacy in the world.

In addition to helping vets, Tam has met wives, sisters and brothers who have come to Vietnam for a better understanding of the place where their husband or brother fought and may have lost his life. She has helped them also locate spots where their loved ones may have gone missing or been killed, thus providing hopefully some form of healing and closure for loved ones. In the years following the war, Tam’s life was at times very difficult and included additional tales of abandonment, poverty and other trials and tribulations. Nevertheless, Tam took in 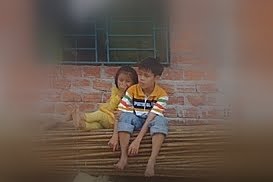 and adopted children and trudged along and persisted to provide a better future for her family. I have so much admiration and respect for Tam’s persistence, compassion and her heart of gold that has helped make it possible for so many families to heal, find closure, forgive and love again.

Before coming to Vietnam, I was under the illusion that being American, we would not be received warmly in Vietnam given our history there. However, the US’s complicated 20th century history with Vietnam is now interwoven. Indeed there are many Vietnamese communities in the US, a legacy of the war and its aftermath. Furthermore, while Vietnam is still very much an agricultural and rural country, it appears to be on the brink of being the next big hot-spot for the US (and other

countries) wanting to do business in Asia. Indeed, many international companies are starting to close shop in China and are moving South to open factories and plants in Vietnam. Tourism has also boomed in recent years too. Some people we met said that before 1993, Vietnam was very much closed off the rest of the world, but over the years, more and more tourists have made Vietnam their destination in Asia. No longer is Vietnam a destination you can go as a tourist and be a loner. Most of the tourists I saw were from Australia, a now short plane ride away from Down-Under and an affordable vacation trip for a week. Nevertheless, we did not seem to encounter many other Americans and when people learned of where we were from, they did not react negatively. Maybe it’s because we had some Kiwi companions or because the war was long enough ago that most people have put it behind them.

Our trip to Vietnam was also made memorable by some random and fortunate encounters with some locals. Young people invited us to join their Tet (Vietnamese New Year) festivities of playing guitar and drinking beer and telling stories in the park. There was also Ngahn, a mechanic who fixed Matt’s motorbike when it broke down and invited us into his home during Tet for lunch and then accompanied us for the afternoon with his daughter to the Champa ruins at My Son.

Our departure from Vietnam was almost as anticlimactic as our arrival there. Weather was poor and our ride did not take us to the border crossing as had been arranged. And although there was no warm send-off when we left, unexpected encounters for a few fleeting hours with friendly people; children playing peek-a-boo on the train; and drive-by “hellos” and “where are you from?” while riding our motorcycle through the countryside; all made our trip to Vietnam the memory of a lifetime.